This update is definitely overdue.  Thank you to friends who have contacted me to see how I am doing because I haven't posted a blog in a while.

I'm much better now.  July was another rough month.  Back in April I had a deep vein thrombosis, (DVT), and pulmonary emboli (PE) - following my series of surgeries and subsequent inactivity.  Anticoagulant therapy is standard following such clotting events. While still in the hospital, I was on a continuous heparin IV for a few days and went home on an injectable form of heparin called Lovenox.  Lovenox is no fun...either Wynn or I had to give me a shot in my lower abdomen, twice a day.  Being on multiple medications can be problematic and I started getting large hematomas at the sites where I got injections.  They were numerous and painful.  My hematologist, (who is also my oncologist), checked into alternative anticoagulants.  My choices were limited because I was on several medications that have adverse interactions with the alternatives.  We settled on an old, stand-by medication called Coumadin, which can be tricky.  The actions of Coumadin are influenced by dietary Vitamin K - which is in many foods that I eat, (ie. green leafy veggies, cabbage, brussels sprouts, etc.).  I was told to eat my usual diet and come in for blood testing a couple times per week and the Coumadin dosing would be adjusted to keep it at a therapeutic level. After a few weeks of adjustments, the sweet spot was found and blood monitoring became far less frequent.

I was good, for about a month.  Then in mid-July I had internal bleeding causing my hemoglobin level to fall to 6 g/dL, requiring a few units of blood and a 5-day stay in the hospital...4 in the ICU. Coumadin was discontinued the day I was admitted, followed by an upper endoscopy, colonoscopy, and flexible sigmoidoscopy.  No source of bleeding was determined...but thankfully, the bleeding stopped.  The GI specialist recommended not doing anything, for now, unless I have another bleeding event.

The next question was whether or not to restart the anticoagulant.  The opinion of two oncologist/hematologists was to stop the anticoagulant because despite knowing that cancer patients have an increased risk of clots, for the 5+ years prior to my hip surgeries, I’d never had one.  They felt that my clotting event was far more likely to be related to my surgeries and inactivity than my cancer.  On the other hand, the GI specialist thought that I should go back on an anticoagulant because a GI bleed is more survivable than a pulmonary emboli. (I really hate it when my doctors have differing opinions.  I go to the doctors I go to because I trust each of them.) 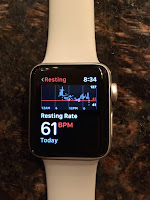 With trepidation, I stopped the anticoagulant.  Making the assumption that my clots were associated with my surgeries, the standard duration for anticoagulant therapy is 12 weeks.  I took them for 11 weeks before my bleed, so the two oncologist/hematologists felt that that was "close enough."  (If thought to be associated with my cancer, I would be on an anticoagulant for the rest of my life.)  However, I was, and am, nervous of getting another PE.  So...I bought an Apple Watch.  Prior to discovering my PE in the hospital the first thing I noticed before becoming short of breath was my rising resting heart rate.  Now I can check my resting heart rate everyday and make a mental note.  Maybe I can catch another PE early, before becoming symptomatic or dying suddenly.

Physical therapy has been vital to my recovery.  In the beginning, I went 3 times per week.  When I returned to work I scaled back to 2 times a week.  I, however, did the exercises the PT instructed me to do everyday.  Earlier this month I was discharged, after five months.  Although I was still walking with a limp, my PT and PT Assistant felt I had all the mechanics for a successful recovery, and that I just needed to get stronger.  I continue to workout on a daily basis, and I'm happy to report that my limp is definitely becoming less pronounced.

After going through three surgeries, joint infection, DVT and PE and spending a month in the hospital, I was very worried that my body would not be able to continue to fend off my cancer.  My last brain MRI and CT scans were in July.  I'm so relieved to report that all imaging and blood work indicate that my cancer continues to be stable on Xalkori.  My next series of MRI and scans are coming up in November.


Thanks again, everyone, for continuing to reach out to make sure I'm OK.

Recent visits with friends and my brother-in-law: 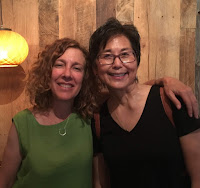 This past summer, we enjoyed a nice dinner with Laurie and her son, Jaime, who is working in Chicago until the mid-term elections. 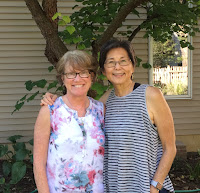 Stephanie came to visit twice this year!  Along with Laurie, we all met in grad school...37 years ago. 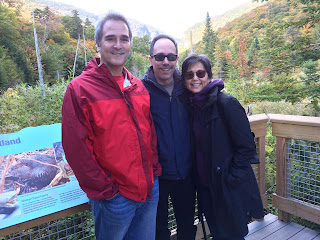 Although we missed my sister-in-law, Tracey, on this trip, my brother-in-law, Bruce, met us in VT to enjoy the Fall colors.  If you haven't been to VT in the Fall, put it on your bucket list.  Burlington is a city with a great vibe!

With other lung cancer ninjas at the Lungevity Hope Summit in Chicago, 2018. 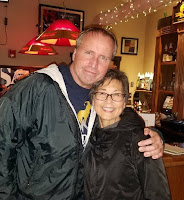 Kerry and I have been friends since junior high.  While on a road trip to the East Coast, he stopped by for a visit and joined us to see Nathan's comedy showcase. 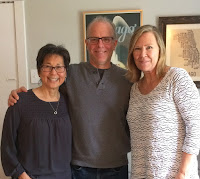 Enjoyed an afternoon with Bill and Gwen...friends from my college days. 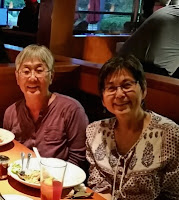 Dear family friend, Sumi, made a stop in Chicago on her way to Omaha and her 55th high school reunion.  Go Eagles!

Family and friends...old and new...continue to make my very complicated life so do-able.  I couldn't be more grateful for their support.
Posted by Luna O. at 8:26 PM

So good to see you post and see your happy pictures!

Just checked your blog to see how you are doing -- glad I did! And glad to hear that you have made it through this difficult period.

Coincidentally, regarding your voting and health care comments, I have been writing brief letters to voters in swing states to get them out to vote. My message -- I am voting because my life, any yours, depend upon it. Small world after all!

Wishing you both lots of love!

So happy to hear things are better now after such a very difficult summer. Here's to good results in November (MRI scan-wise mid-term election-wise!). Glad the apple watch helped. You continue to be an inspiration, Luna!

you are right cancer is very dangerous and a lot of people suffer from this disease.

Very useful information, Thank you for sharing.
You may read more at http://www.fudacancer.in/lung-cancer-treatment-in-india.html 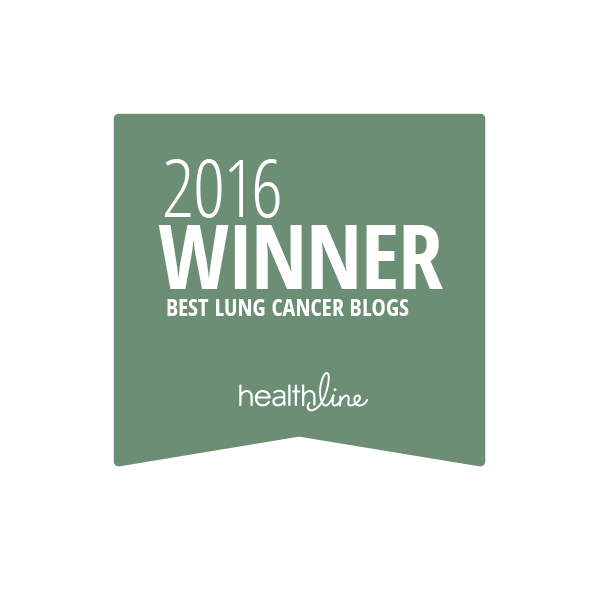 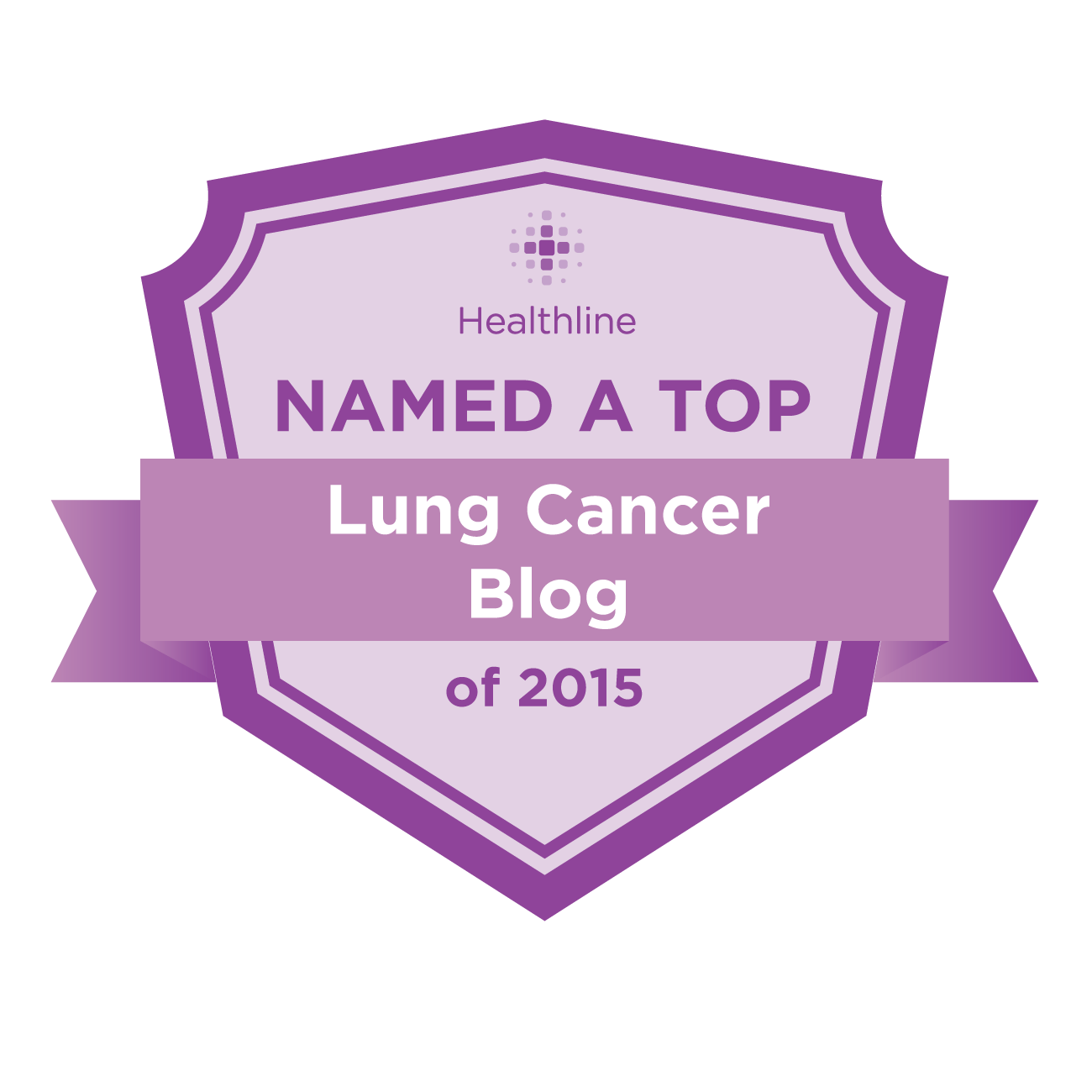