As part of Lung Cancer Awareness Month 2015, I am participating in a Blog Chain.  Along with several other lung cancer bloggers, I will be interviewing members of our lung cancer community.  Our hope is to raise awareness by bringing to our readers the faces and stories of people fighting our battle, those that care for us, and our doctors that are giving us a fighting chance. 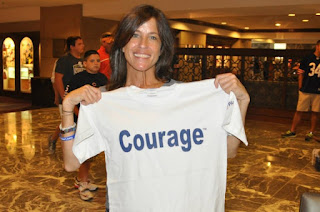 JILL FELDMAN, Lung Cancer Advocate and Warrior, (in that order.) 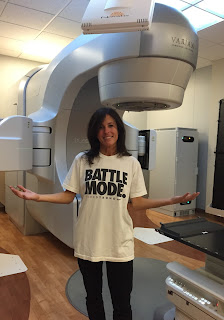 "The hope I have is real because I can now recognize that hope is relative. I now think, and believe, that hope means so much more than simply a ‘cure’ for lung cancer!"     – Jill Feldman

Luma,
I never knew that lung cancer is so prevalent. Jill's story brought me to tears. What a horrible family history. My thoughts and prayers are with her and her family, as they always are with you and yours. I am so happy that you are doing so well.

You are just, simply, incredible! And a super marksman too! I'm verklempt! Gail L

Thanks for your information. Please accept my comments to still connect with your blog. And we can exchange backlinks if you need. What Is Lung Cancer?

This is best information, that i read in your post. make more such type of post and infor us thanku.

WHAT A GREAT MIRACLE THAT I HAVE EVER SEE IN MY LIFE. My names are Clara David I’m a citizen of USA, My younger sister was sicking of breast cancer and her name is Sandra David I and my family have taking her to all kind of hospital in USA still yet no good result. I decided to search for cancer cure so that was how I found a lady called Peter Lizzy. She was testifying  to the world about the goodness of a herbal man who has the roots and herbs to cure all kinds of disease and the herbal man's email was there. So I decided to contact the herbal man @herbalist_sakura for my younger sister's help to cure her breast cancer. I contacted him and told him my problem he told me that I should not worry that my sister cancer will be cure, he told me that there is a medicine that he is going to give me that I will cook it and give it to my sister to drink for one week, so I ask how can I receive the cure that I am in USA, he told me That I will pay for the delivery service. The courier service can transport it to me so he told me the amount I will pay, so my dad paid for the delivery fee. two days later I receive the cure from the courier service so I used it as the herbal man instructed me to, before the week complete my sister cancer was healed and it was like a dream to me not knowing that it was physical I and my family were very happy about the miracle of Doctor so my dad wanted to pay him 5 million us dollars the herbal man did not accept the offer from my dad, but I don't know why he didn't accept the offer, he only say that I should tell the world about him and his miracle he perform so am now here to tell the world about him if you or your relative is having any kind of disease that you can't get from the hospital please contact dr.sakuraspellalter@gmail.com or whats app him +2348110114739  you can follow him up on Instagram @herbalist_sakura for the cure, he will help you out with the problem. And if you need more information about the doctor you can mail me davidclara223@gmail.com